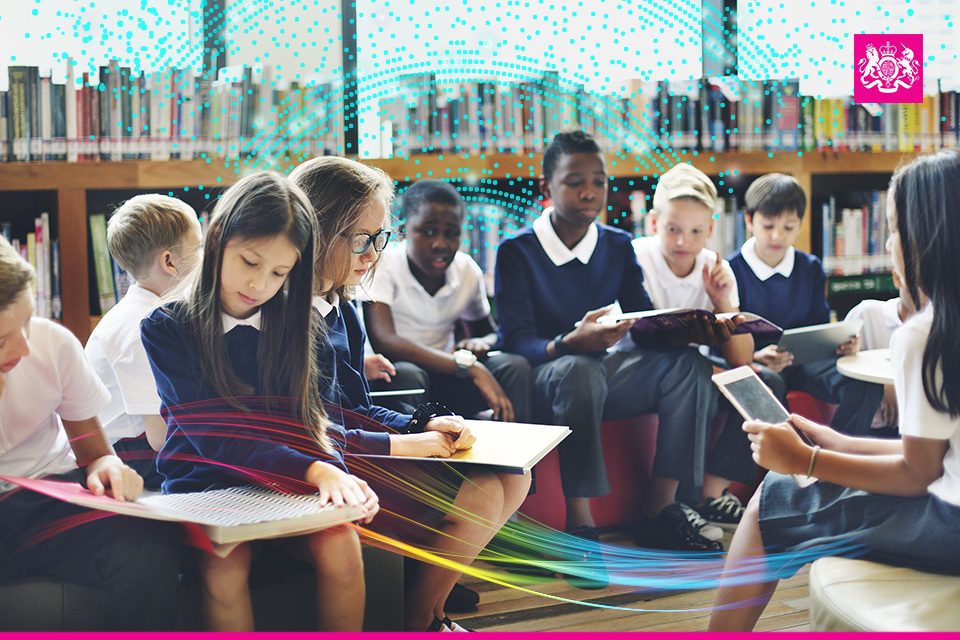 Children in more than a thousand schools are now enjoying next-generation internet speeds thanks to government investment.

It means teachers can make use of the most cutting-edge learning tech – such as video conferencing platforms to host joint classes and assemblies with schools anywhere in the world and online tools that bring lessons to life such as films and learning games. It will also support teachers to spend more time planning and delivering lessons and less time staring at loading screens.

The work is part of the government’s national mission to level up internet access across the UK by investing in blisteringly fast gigabit broadband and busting barriers to speed up commercial roll out.

Most schools in the UK are in urban or suburban areas which already have access to fast full fibre broadband, but this investment focused on schools in around 30 per cent of the UK that currently cannot access speeds of 100 megabits per second and were not in line to receive an upgrade commercially from broadband companies.

Many of them are in rural or hard-to-reach areas, so the government has stepped in to fund their connections and make sure they don’t miss out on next-generation speeds.

The areas seeing the most schools upgraded include Norfolk (115), Wolverhampton (81), North Yorkshire (45), the Highlands (37) and Dumfries and Galloway (35).

Work is underway to bring gigabit speeds to even more schools, with 884 earmarked to be connected by March next year.

It comes as the government today launches a call for evidence to understand the future wireless connectivity needs of the UK and how it can support the rollout of 5G and other advanced wireless networks.

This includes looking at technologies such as satellite, the Internet of Things – which will underpin innovations like driverless cars – and at the development of 6G networks, the next generation of mobile.

6G will power things like virtual reality calls, which give the sensation of being in the same room as the person at the other end of the line, revolutionise wearable technologies to improve healthcare and could allow for greater advances in smart cities and manufacturing.

The call for evidence will inform the Wireless Infrastructure Strategy which was announced in June.

We are levelling up pupils’ and teachers’ access to the fastest future-proofed broadband, giving hundreds of schools better access to important learning opportunities, no matter where they live.

The Government is on a mission to connect the country to next-generation networks. Today’s announcements will help harness the huge potential of 5G and future wireless networks such as 6G to supercharge our plan to build back better.

The government is also on track to connect around 6,800 public buildings across England, Scotland, Wales and Northern Ireland by the end of March – including hospitals, GP surgeries, fire stations, leisure centres, museums and libraries.

The upgrades form part of a more than £210 million investment by the government to bring next-generation connections to places where internet speeds are slower, such as in rural areas.

This will help raise efficiency and quality across vital public services. For example – libraries will be able to offer faster connectivity for users, GPs and blue light services will access records and specialists faster, and museums will be able to have more interactive exhibitions.

The investment also makes it easier for broadband providers to extend the network to surrounding communities, with around 1.5 million more homes and businesses now within 200 metres of a fibre optic broadband cable thanks to the investment.

The government is also supporting technology upgrades in classrooms, improving education for pupils and enabling school staff to work better by investing £30 million in the pilot project “Connect the Classroom.” This aims to upgrade technology within over 1,000 schools, allowing them to benefit from fast Wi-Fi and cloud services.

It is great to see schools being prioritised for these transformational broadband connections, which alongside our £30 million pilot programme to install the latest Wi-Fi infrastructure in schools, will help bring out the full potential of technology in our classrooms.

Whether it’s supporting teachers to stretch all their pupils to meet their potential or helping children develop the skills they need for modern life, the impact of these improvements will be felt by thousands of children and teachers for years to come.

Research shows that full fibre broadband can deliver social, economic and environmental prosperity throughout the UK, so we’re proud to have supported the Government in upgrading the majority of these schools.

We’ve always said that upgrading the entire country will need a monumental team effort across industry and government – and nobody’s investing more, or building further or faster than Openreach. We’ve already built this life-changing technology to five and a half million homes and businesses, and we’re on track to reach 25 million by the end of 2026.

The UK is set to see major changes across the telecoms landscape. Over the next decade wireless networks will need to cope with far larger quantities of data consumption and connect billions of devices, supporting critical applications across the entire economy.

That is why the government is developing a Wireless Infrastructure Strategy, which will set out a vision for making wireless infrastructure – such as 5G networks – an integral part of the UK economy and contributing to levelling up Britain.

It will also anticipate the UK’s wireless connectivity needs for the next decade, set out the role government should play to support investment, and introduce a new policy framework to encourage innovation, competition and investment in 5G and future networks, including 6G.

To inform the Strategy, the government has today launched a call for evidence to understand in detail:

Alongside today’s announcement, the government has published a report exploring the early and expected benefits of gigabit connections for schools. This was based on a survey of 261 schools connected under the government’s Rural Gigabit Connectivity (RGC).

The more than £210 million investment forecast to be spent by March 2022 is spread over two programmes:

Find out more on how the government’s £5 billion Project Gigabit rollout is bringing fast, reliable broadband to all corners of the UK, including remote areas.

The call for evidence seeks responses from a wide range of interested parties, including fixed and mobile network operators and service providers, academics, the public, consumer interest groups and businesses and their trade associations.

The government intends to publish the Wireless Infrastructure Strategy in 2022.