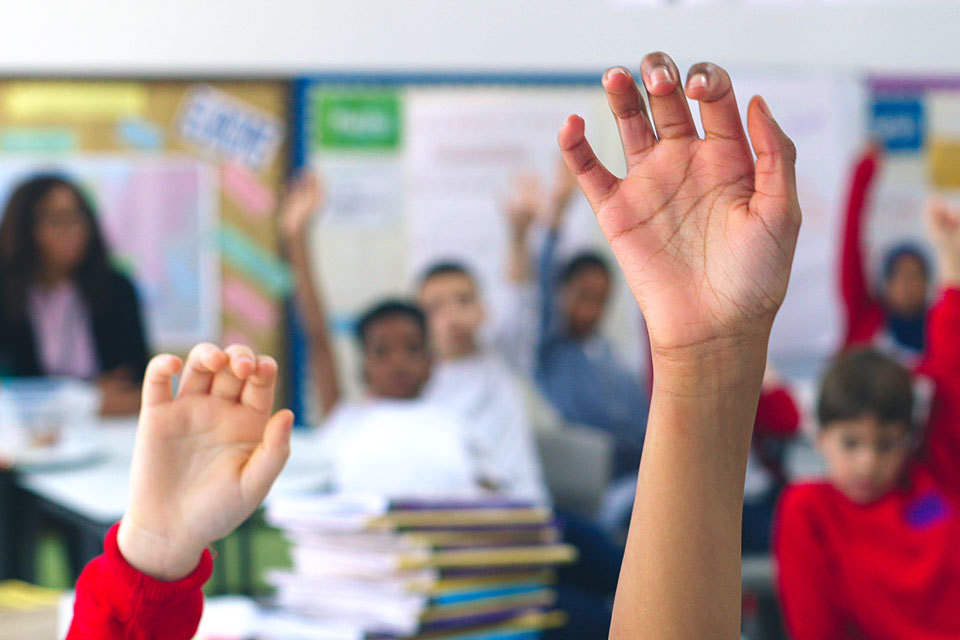 More students across the country will have the opportunity to learn Latin through a new £4 million programme, announced by the Education Secretary today (Saturday 31 July).

The Latin Excellence Programme will aim to level up opportunities for state secondary school pupils, as well as helping them with other subjects like English, French, Spanish and even maths. According to a British Council survey Latin is only taught at key stage 3 in 2.7% of state schools compared to 49% of independent schools.

The Government is also announcing the next phase of the £16.4m Mandarin Excellence Programme, and the fourth year of the £4.8 million modern foreign languages pilot, which supports schools to teach French, German and Spanish up to GCSE.

In addition to learning Latin, the new programme announced today will include activities such as visits to Roman heritage sites to give pupils a deeper understanding of Classics, and life in the ancient world.

An expert group will be appointed to work with schools providing the best Latin teaching in the country, to create high-quality resources to rollout to schools in disadvantaged areas with low take-up of the subject at GCSE.

We know Latin has a reputation as an elitist subject which is only reserved for the privileged few. But the subject can bring so many benefits to young people, so I want to put an end to that divide.

There should be no difference in what pupils learn at state schools and independent schools, which is why we have a relentless focus on raising school standards and ensuring all pupils study a broad, ambitious curriculum.

Latin can help pupils with learning modern foreign languages, and bring broader benefits to other subjects, including maths and English.

The initiative aims to boost GCSE Latin entries and will be modelled on the success of the Mandarin Excellence Programme, launched in 2016 in response to the growing importance of Mandarin as a global language. The programme now involves 75 schools across the country with more than 6,000 pupils learning Mandarin towards fluency.

To continue the success of the programme and reiterate the importance of learning new languages, the Mandarin programme is expected to be extended for a further three years from this September, run by University College London Institute of Education and the British Council.

Similarly to the Mandarin programme, the Latin Excellence Programme will be led by a centre of excellence, which will work with up to 40 schools to develop teacher training resources and lesson materials for 11-16 year-olds. Once developed, the programme will support schools over four years from 2022 to 2026, which will be evaluated for future years.

The Modern Foreign Language Pedagogy Pilot supports 45 schools, training and providing French, German and Spanish teaching resources to teachers for free. The scheme, launched in December 2018 and managed by the National Centre for Excellence for Language Pedagogy, currently covers key stage 3 and will expand to key stage 4, including the new GCSEs, for over 1,350 teachers nationally.

I am absolutely delighted that the DfE will be supporting Latin in schools and helping more pupils to have the challenge and fun of learning about the ancient world.

Latin is an extraordinarily enriching subject. It gives you direct access to some of the most inspirational literature in the western world (from Virgil’s great epic Aeneid to the historian Tacitus’ critique of the corruption of power and the subversive counter culture of the poet Ovid).

Studying Classics opens up history to us – from early dramas, that 2000 years on are still part of the theatrical repertoire, to some foundational philosophy, from democracy to empire, from powerful rulers to the enslaved.

But it’s not just about the past. Studying the ancient world helps us look at ourselves, and our own problems, afresh and with clearer eyes.

Jimmy Mulville, chairman of Classics for All and Managing Director of Hat Trick Productions, said:

Any move by government to re-establish the teaching of any of the classical subjects in state schools is most welcome so this initiative focusing on Latin is a good start to that ultimate goal.